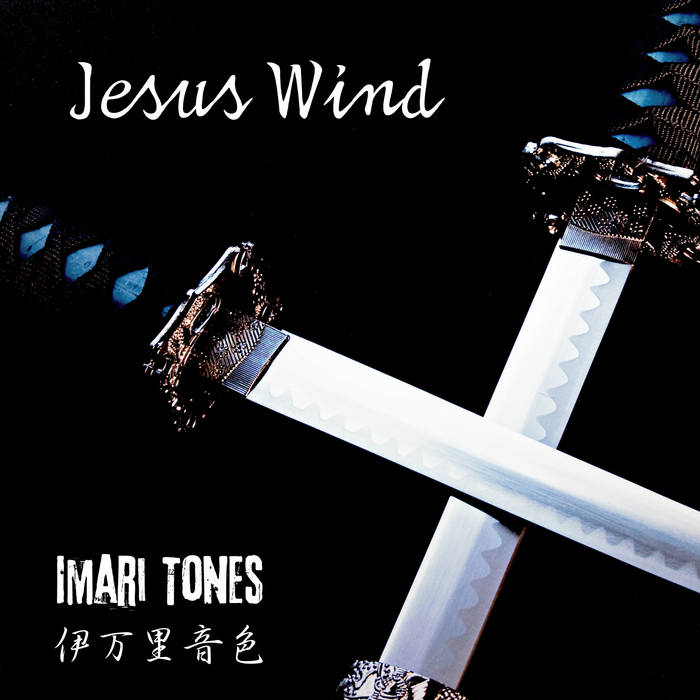 sweetmax This is an awesome album! I love all od these heavy metal songs on this unique album. The album is done the best than ever. I am so glad that I could finally purchase this album. It is very much so worth my investment. I love this album because of the honest lyrics and the cool beats sounds and varieties of music. The topics of the songs are very keen to what all mankind is going thru and crucial for us to change our hearts and to repent of evil. Turn to God more and more and stop being sold out to the devil and to the world. I love the songs Repent and New Jerusalem. I love all of the songs very similar or even some different reasons. I think that this is one of the best albums in English that Imari Tones has ever done. Keep up guys as long as God direct and will for you guys to do this type of ministry. The title of the album is a very catchy name too. I and everyone always need the Jesus Wind coming our way. I like the title of the album and the art work of the album too with the Japanese swords fighting war with the enemy using God's sword of His word to fight the enemy that comes against us. God's. word is always the best powerful weapon to fight against the devil. I will continue enjoy this album. The music comforts and console my heart and my sole. The lyrics in the songs are very boldly bringing encouragement and strength to me each time I listen to it. It also encourages me to fight and to live more integrous for Jesus Christ. Thanks Imari Tones for improving with your music and for doing this album and doing any of your music. It is well appreciated by me for sure and by others too.

Tak has always said he wanted to make a concept album about Japanese history, because even though Japan was mainly a Buddhism nation it had its own Christian history. But when he said that he didn't actually think it was possible. Because it seemed too difficult, too heavy a task for an indie musician. These Japanese Christian history and legends, often times sad and tragic, are mostly unknown even to Japanese people.
However while watching and experiencing political and spiritual turmoil not only in Japan but also all over the world, he came to realize. History is not only about the PAST, but also about the FUTURE. With a hope to make a better future, he decided to search for the spiritual nature of Japanese nation, hidden in the history. A history full of mystery.
Naturally he reached for many books for historical information, but more than that he tried to go deep down in his own soul. Because he believed that real history was written in the soul of people rather than in a book.
This album consists of 3 parts: Past, Present and Future. The Past part is about ancient age, singing about Samurai's code and Japanese Buddhism in which Christian influence is actually found. The Present part is about more recent period and modern age. There are songs about the World Wars and Japan's economic growth in the last century. The Future part is where things get dramatic and spiritual. It leads to a spiritual revelation and eventual discovery of genuine faith for Japan nation. As a result, this album is something can be called "Musical Prophecy" about spiritual situation for Japan. While it's up to listeners what they will find in the music, Imari Tones are very proud of this achievement. At least you can say this is the heaviest, most intense heavy metal album Imari Tones has ever made.