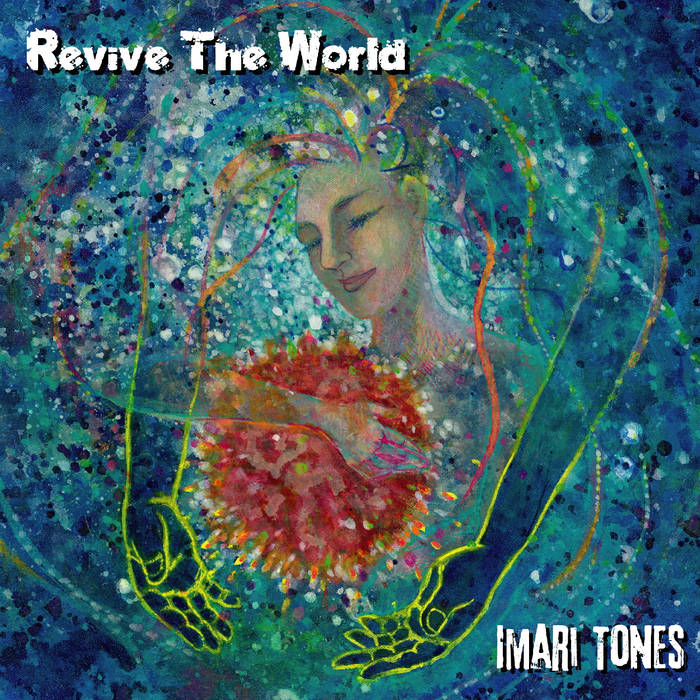 Imari Tones has been always "musically diverse" type of hard rock / heavy metal band. Even though they throw straightforward heavy metal punches here and there, they have always been referred to more diverse type of hard rock bands such as Rush, Led Zeppelin, Living Colour and even more alternative stuff. In this album titled "Revive The World", this musical diversity and depth are expressed in their best forms. Just like any other album from Imari Tones, the driving force behind it is spiritual joy and excitement. This spiritual elevation is a result from their touring experience both in Japan and USA, playing numerous venues including street festivals, camping sites, schools, churches and skateparks. (No wonder this album contains some skateboarding songs.) The spiritual elevation achieved here is certainly a landmark in their mostly-independent music career and the band is very happy with that. "This is probably our Physical Graffiti.", Tak, the guitarist/singer says. "If Van Halen, this is probably our Fair Warning, with the musical diversity and depth. Or OU812, if you are more of a Van Hagar guy (laugh)". Tak also talks about the story behind the album title and artwork. "The world is changing rapidly recently. Especially in Japan, after the 2011 Tsunami and nuclear power plant disaster, things are really uncertain. The future is unknown and we are all hurting. This world needs a healing. A spiritual healing. We need more Love, not Hate. So this is our spiritual healing in the music form." Also Tak doesn't forget to mention the band's most important message. "We wanted to prove we can do it all in a form of Christian Rock. I think Christian rock scene is very much saturated for a long time now. So, as a band from Japan where Christianity is still rare and perceived differently, we wanted to throw something fresh. I'm sure people will smile when they hear our almost-ridiculous straightforward message screaming "I ride for JESUS!".