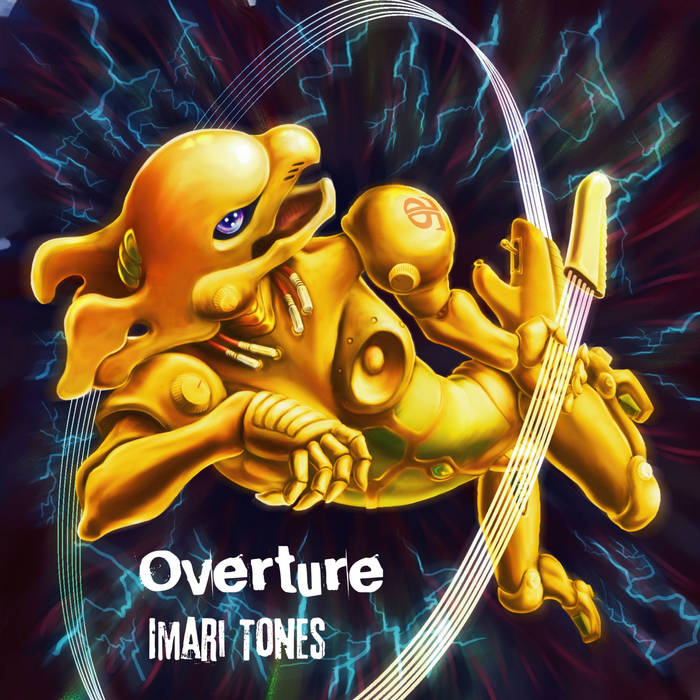 These 3 guys from Imari Tones: Tone, Hassy & Jake – This lineup has been together for 10 years since 2008. We have been making music together as “The First Christian Metal Band from Japan”.
However every good thing has its end. After making “Jesus Wind” album we have agreed that the next album would be our last with this long time lineup. “Why don’t we make it a Japanese album?” “Can I write in pop style rather than metal?” “What about the hip hop song we wrote a couple of years ago?” Things went like that and we decided to have fun.

It’s been a while since we made a Japanese album last time. Actually it’s our first time making a whole album in Japanese language since we became a Christian band. It was a challenge and admittedly this album has different style than our previous Christian Metal albums.

We did it for 2 reasons. One is for ourselves. This is totally a sentimental reason. Hard reality. Sadness of partying ways. The state of our band that stop functioning. Our limit and difference in life. All those emotions we put in the music. Yet we choose to sing about hope. Not a very happy album but still this is a victory for us. Our victory in Christ.

The other reason is for our Japanese friends. We have been thinking about how we can convey our message, God’s Love, to Japanese people. These songs and lyrics are our answer. This album doesn’t sound like a typical Christian album. Yet these songs are asking questions: What does it really mean to believe.
Lyric wise this is our best work so far. Simply because we wrote in our native language, the words are much more complex and deeper. Sometimes even harsh and ironic. But they all pose questions to people.

Album cover artwork was done by Luka, our friend and the drummer for the band “Soul of Faith”. It’s based on Tone’s “Stand” inspiration (If you know the Japanese comic “Jojo”). Also Yona Ishikawa, a Christian blues singer now based in Kobe, makes a guest appearance on “Revive The Nation”. She did a great performance on this hip hop mixture song.

Although this is the last album from Tone, Hassy and Jake, it’s not the end of Imari Tones. That’s why we titled this album “Overture”. This is a new beginning. Hassy and Jake left the band in 2018, but Tone has chosen to go on with a new lineup. Legend of Japanese Christian Metal goes on. Everything is in God’s hands. Now let’s pray together.